Hey how’s it going guys Cody here and I am proud to show you guys are latest animation project. We released our Five Nights at Freddy’s Movie animation on our youtube channel The Atlantic Craft! This animation is a whopping 8 minutes long and has been in the works for over a month now! This animation has 2 children who are brought to the grand reopening of the Freddy Fazbears pizza restaurant. Everyone is having a good time with music, rides and pizza then things take a turn a turn for the worse when Cody and Joe are left after hours at the restaurant! The 2 kids explore around to find out what is happening at this mysterious and creepy place.

We have a limited edition Autographed Poster based off the Five Nights at Freddy’s Movie animation! These are limited time only so get them while you still can! 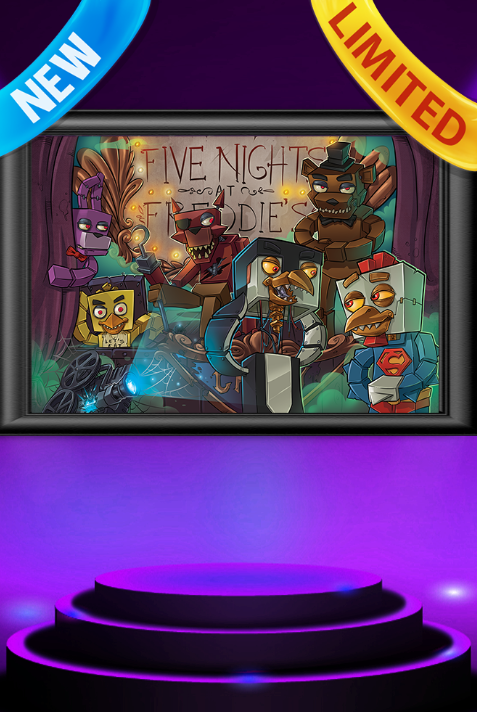